See what cruel people can do to animals…I HATE THESE PEOPLE!!!!!!!!! They are evil!

I was going through the most prefect torture in my life for the past 2 weeks..Emotionally and physically tortured, all exhausted and all down..Working 20 hrs a day, trying to please and satisfy everyone, get things done and trying to get some rest …

The work load was very high, the deadline is confusingly short, and the time is eerily moving very fast..Trying my very best to manage my time, my work load and my sleep, so that everything can get equal satisfaction..but yeah, my sleep will be having the most critical moment..which always have to be scarified..My backbone ached while my eyes trying to coordinate with the brain on what they are reading, understand every words, figures and everything..I only have my positive emotion (which i tried very hard to keep it positive) to keep me going…and i almost collapse…

Yea, but finally i am in my ‘normal’ life again..not too busy, not too free…Have my time to do something i like, and give myself some moment to hibernate..:D

I love his speech for remembrance of Dr. King, a day before his inauguration.. OUR SEPARATE DREAM ARE ONE..

Today, we celebrate the life of a preacher who, more than forty-five years ago, stood on our national mall in the shadow of Lincoln and shared his dream for our nation. His was a vision that all Americans might share the freedom to make of our lives what we will; that our children might climb higher than we would.

Dr. Martin Luther King’s was a life lived in loving service to others. As we honor that legacy, it’s not a day just to pause and reflect – it’s a day to act. Today, ordinary citizens will gather together all across the country to participate in the more than eleven thousand service projects they’ve created using USAservice.org. And I ask the American people to turn today’s efforts into an ongoing commitment to enriching the lives of others in their communities, their cities, and their country.

Tomorrow, we will come together as one people on the same mall where Dr. King’s dream echoes still. As we do, we recognize that here in America, our destinies are inextricably linked. We resolve that as we walk, we must walk together. And as we go forward in the work of renewing the promise of this nation, let’s remember King’s lesson – that our separate dreams are really one.

I am soo soo and soo cant wait for his inauguration speech..He is the man with a great words, and all his speech inspired (me especially ) a very well thought, indeed…Obama is LOOKING BACK to LOOK FORWARD..Past does matter…Hmm…

For me, it doesn’t matter where Obama lead, where he standing tall as a president..it doesn’t have to be here, but, his thought his words his wisdom meant to be shared, learned and maybe practice..And…He’s the HOTTEST president ever! Heheeh…. 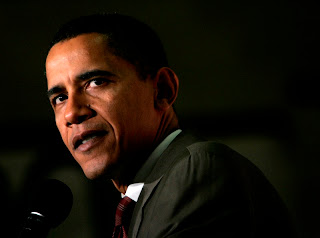 I have a Ring Story..A real story from someone i met this week..:) It begins when after a meeting with a client, i take my good time outside the office building alone to think what’s the next plan i need to discuss..Suddenly someone stand beside me and said
‘Why do you put your ring on your middle finger?’
It a very weird question, i turned and he is someone from the meeting room, which i cannot remember the name ..
I don’t have any explanation on why, i just love it on my middle finger, and i don’t see any wrong there..that’s my answer.
And then he said..’its from your mom, or dad or grandma?’
OMG, i look at him and asked him ‘why don’t you think its from my boyfriend, fiancé or husband?’

I was really disturbed by what he said…i mean how does he know such thing..well he’s right about the ring, which is belongs to my mom, and yes i am part of my mother…the ring always remind me that my mother holds my hand, and i love it that way..
Well, reach home, quickly i google about ring..and here’s the result , wah..i never know before..maybe because who cares??haha

There is a beautiful and convincing explanation given by the Chinese…..

Firstly, open your palms (face to face), bend the middle fingers and hold
them together – back to back
Secondly, open and hold the remaining three fingers and the thumb – tip
to tip.

Now, try to separate your thumbs (representing the parents)…, they will
open, because your parents are not destined to live with you lifelong,
and have to leave you sooner or later.

Please join your thumbs as before and separate your Index fingers
(representing siblings)…., they will also open, because your brothers
and sisters will have their own families and will have to lead their own
separate lives.

Now join the Index fingers and separate your Little fingers (representing
your children)…., they will open too, because the children also will get
married and settle down on their own some day.

Finally, join your Little fingers, and try to separate your Ring fingers
(representing your spouse).
You will be surprised to see that you just CANNOT….., because Husband
& Wife have to remain together all their lives – through thick and thin!!

Besides the strong belief in the vein of love, there is another interesting school of thought that tries to explain why a finger was named as the ring finger.

In a Christian wedding, the priest normally says the following four phrases:

As these words are uttered, the ring is moved one finger at a time from the thumb, to the index finger, on to the middle finger and finally moved to (and left) on the ring finger when the fourth phrase ‘Amen’ is uttered. This finger was therefore called the ring finger according to traditions followed in a Christian wedding.

Tweet
The nearest thing of crazy i ever been..
How can I think I’m standing strong,
Yet feel the air beneath my feet?
How can happiness feel so wrong?
How can misery feel so sweet?
How can you let me watch you sleep,
Then break my dreams the way you do?
How can I have got in so deep?
Why did I fall in love with you?